Even in the crowded season when Kyoto attracts many visitors, Komyo-in temple doesn't change its posture. 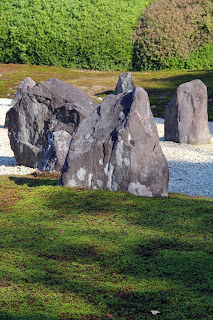 This is one of the sub-temples in Tofukuji temple. It is also called the moss temple in the east.
The garden was designed by Shigemori Mirei, who is one of the greatest garden designers in modern time. The characteristics of his garden is "standing rocks"

The white sand represents the ocean, standing rocks shows droplets of the waves from the ocean.

The garden's name is " Hashin-no-niwa" the literal translation of which is the garden of the mind of waves.

This garden tells you that, without worldly desires, the moon ( your mind ) will be reflected on the water surface.

There are three sets of three stones which represent each Buddha, such as Buddha Amida, Buddha of medicine, and Sakyamuni.

The garden can be viewed from the tea house and shoin room as well as the main hall. 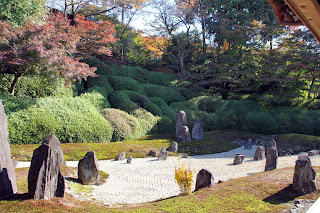 I was was there at the high season for Autumn leaves, The main temple, Tofukuji temple, which is very famous for its bridge from which you can view a beautiful Autumn leaves covering the valley, was so crowded with visitors. but here just a little out of the main precinct, you will find  quietness and want to stay longer here. 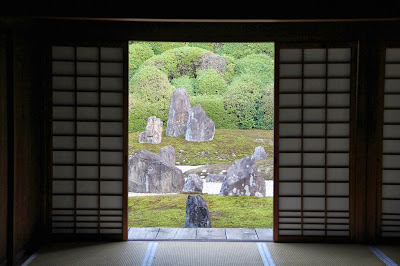 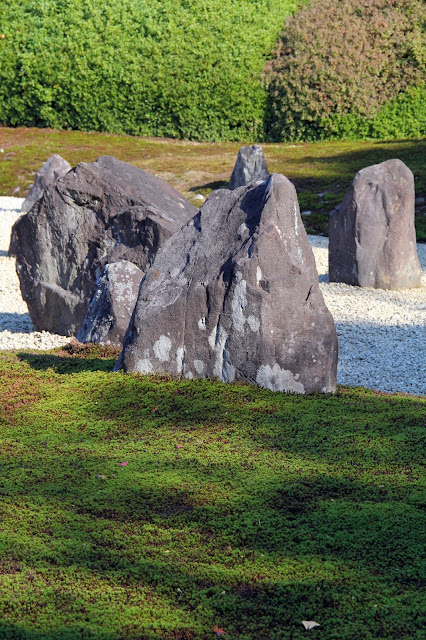