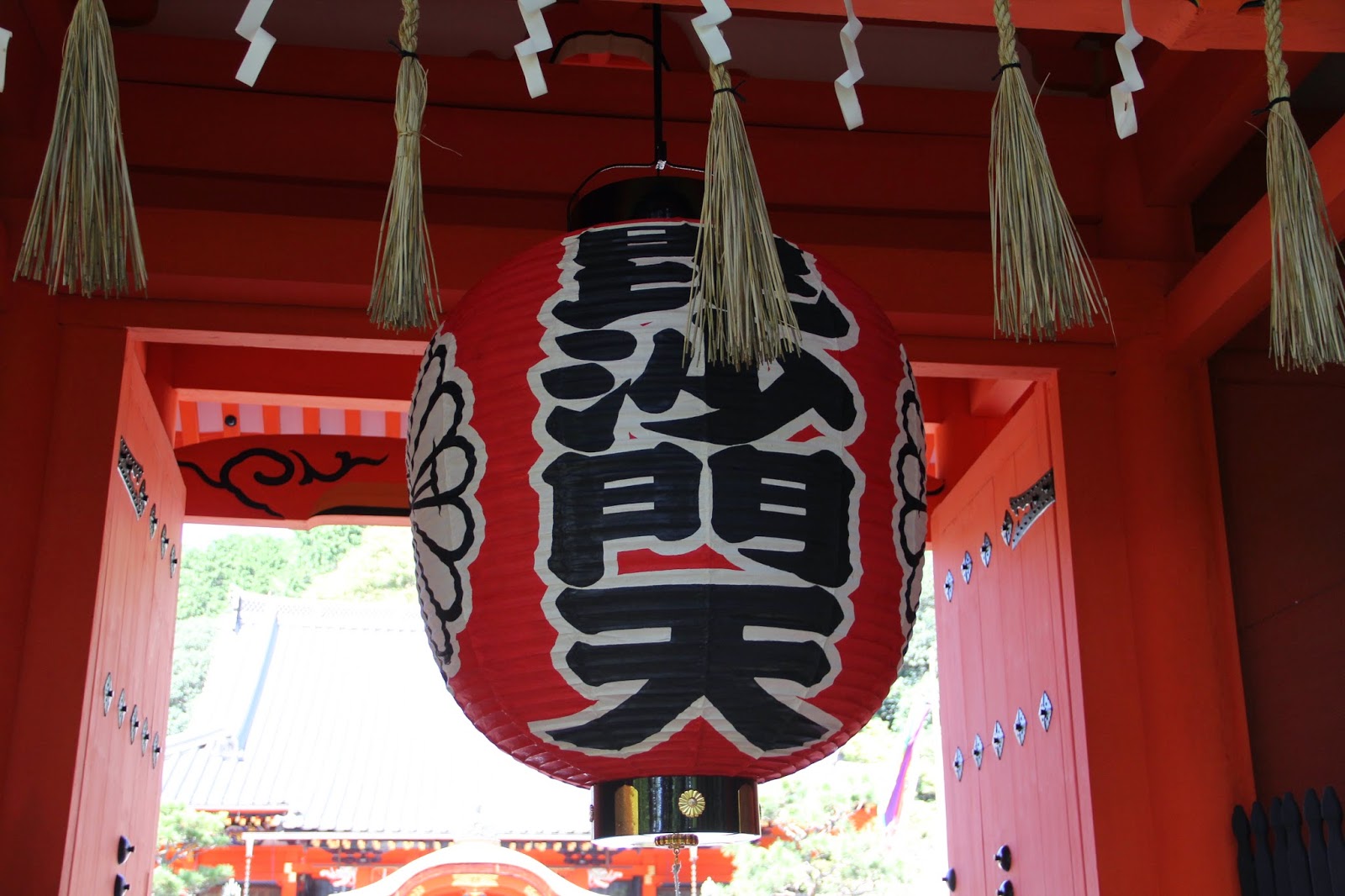 Bishamon-do is not well-known to foreign visitors. But it's located just one station away from JR Kyoto station.
In Autumn, the maple leaves show a beautiful scenery to the visitors.

And it is said that it was too rich, and the money was too much to spend, So Bishamon-ten burned the money. One day, Bishamon-ten decided to give to people to save them( according to the monk.)
That's why Bishamon-ten is called a deity of the wealth. 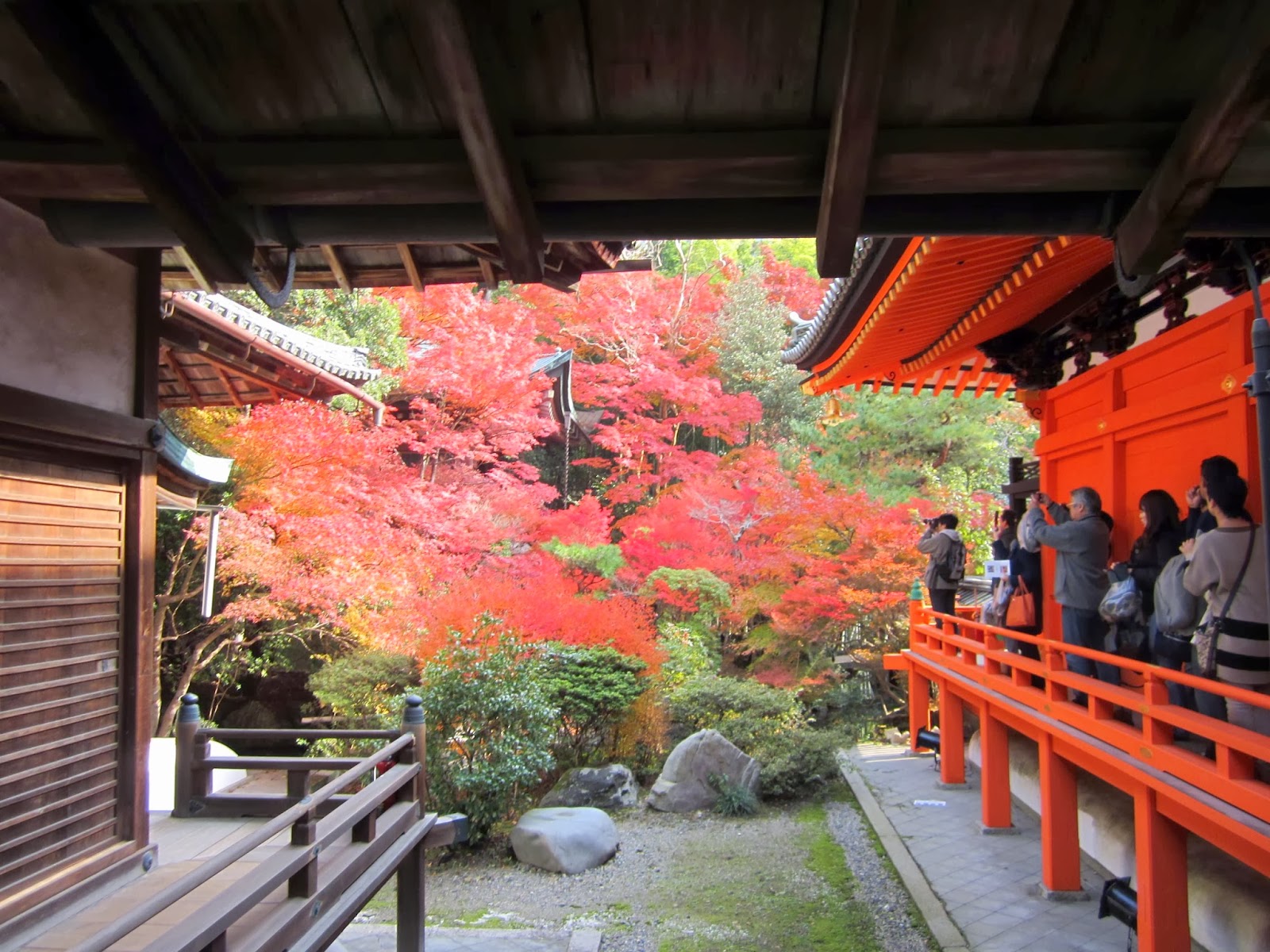 This is also one of the five monseki-jiins, where a member of Imperial family or of high ranked court nobles became a monk
So the main hall used to be a residence of Emperor Kosei and was moved to here.

Another must-see things here are tricky pictures  When you walk in a room there, you will find many pictures depicted on the sliding doors.

At first, the dragon on the ceiling welcomes you. Please keep your eyes on the eyes of the dragon and walk slowly, and the eyes will follow you. 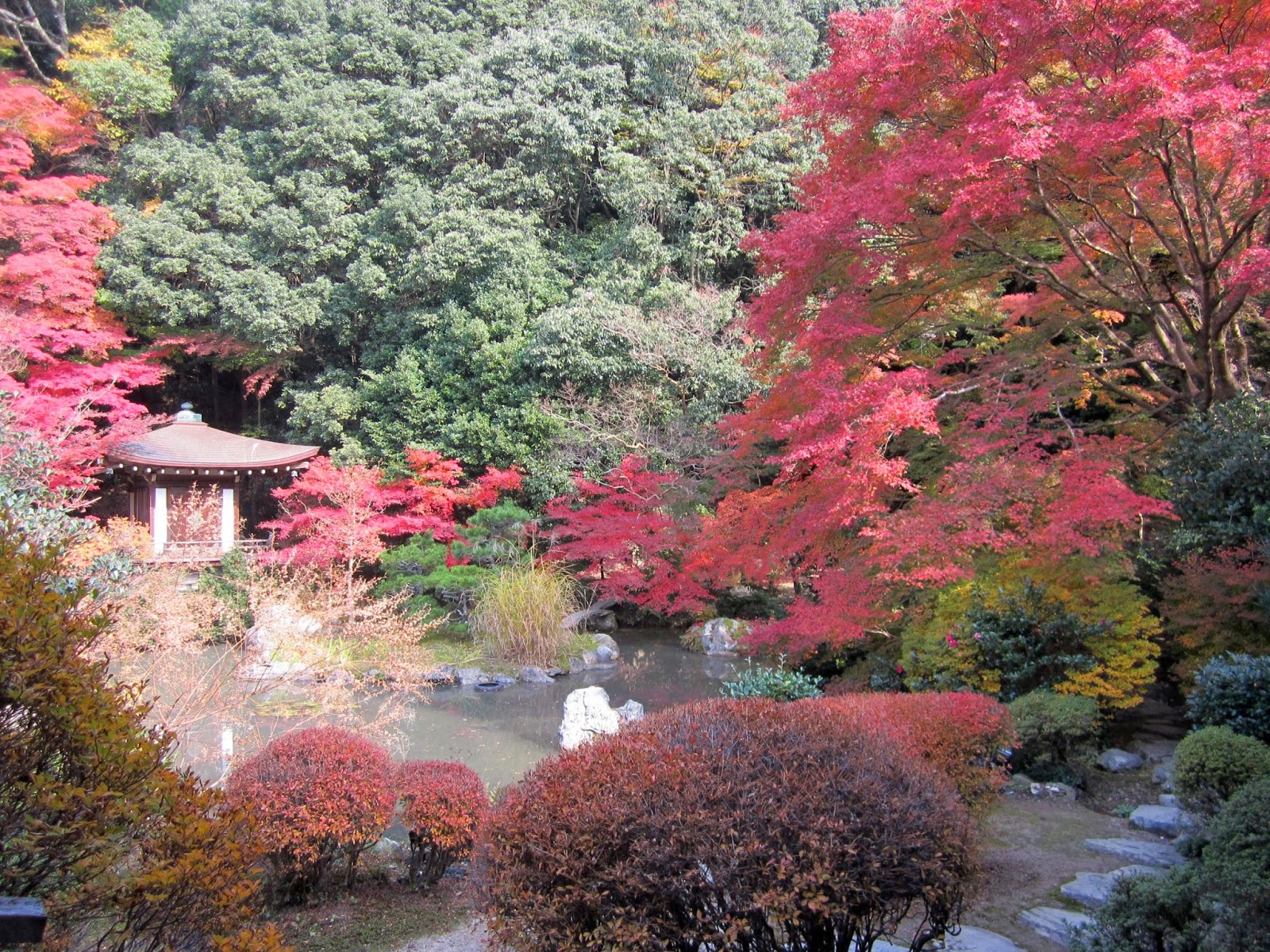 The garden welcomes you quietly.

The lucky charms with a centipede is available here. Centipede is said to be a messenger of Bishamon-ten.  If you attach the cham above a door or an entrance of your house, money or wealth may come.

Many maple trees wait for your visit.